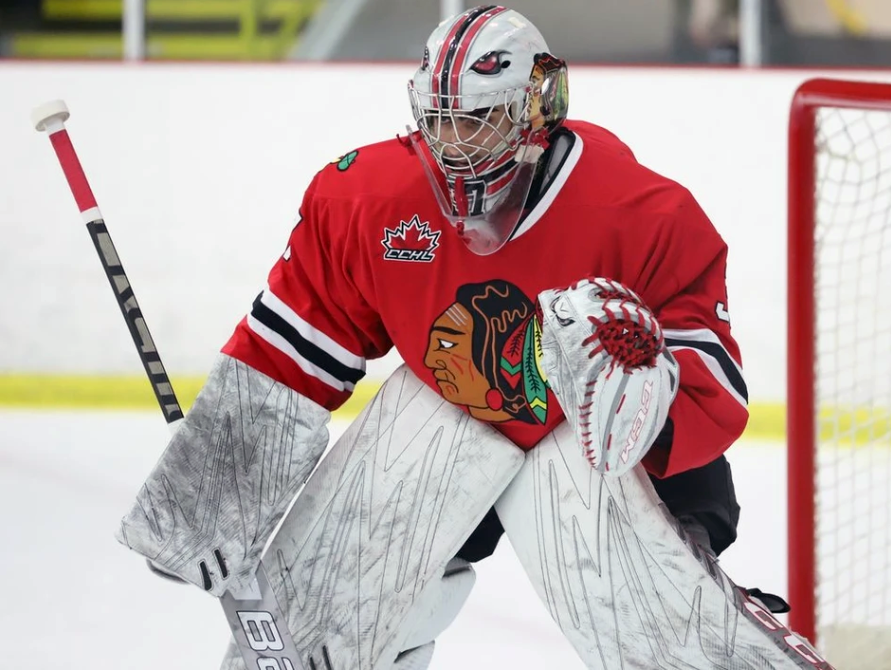 They’re even on the season once again.

After shutting out the Nepean Raiders at home Friday night, the Brockville Braves blanked the high-scoring Bears 3-0 in Smiths Falls on Sunday afternoon. The Jr. A Braves are now 12-12 and are seventh overall in the 12-team Central Canada Junior Hockey League.

Matt Yeager’s first goal as a Brave after being acquired from the Pembroke Lumber Kings early last week proved to be the game-winner midway through the first period on Sunday. It was his sixth goal of the season.

Brockville went up 3-0 later in the second period on goals by Jake Laville and Eric Barnard, their fourth of the year.

The third-place Bears outshot the Braves 32-30. Sami Molu picked up the shutout for Brockville and was named first star. Second star went to Yeager; Shaymus Stevenson of Smiths Falls was named third star.

Molu was also the first star in Brockville’s 5-0 win over Nepean Friday. Lucas Culhane scored what would prove to be the game-winner about 13 minutes into the first period. It was the assistant captain’s ninth goal of the season. Picking up an assist was Nate Burelle in his first game with the Braves since being acquired from Trenton of the OJHL earlier in the week.

Brockville put the game out of reach with three power-play goals during a four-minute stretch early in the second period. Barnard made it 2-0 at 1:22. Nick Foster gave the Braves a three-goal advantage at 4:23; it was his third goal of the season and first with the Braves after being acquired from Pembroke.

Brockville Captain Thomas Haynes made it 4-0 at 5:22. The blueliner now has seven goals on the year.

Kyle Powers’ fifth goal capped the scoring at 14:38 of the middle frame.

Both teams had 34 shots on net. Luca Sandu made 29 saves for the Raiders.

Second star went to Culhane, who also chipped in with an assist. Tyler Melvin of Nepean was named third star.

Attendance at the Brockville Memorial Centre was listed at 552.

Just before the game on Friday, members of the St. Mary Catholic High School senior girls basketball team gathered on the ice in front of the Braves bench and players for a group photo. The girls were recognized for winning the Ontario (OFSAA) A championship last weekend.

On Tuesday, Molu was named CCHL Player of the Week.

Brockville’s Friday night home game this week is against Cornwall (11-12-1-0). The Colts now trail the Braves by one point and are tied with Kemptville for eighth overall.

The 73’s blanked the Raiders 2-0 in Nepean Sunday afternoon. Jacob Biron picked up the shutout. Hunter Brazier and Khaden Henry scored for Kemptville.

Biron received an honourable mention in the CCHL Player of the Week award sponsored by CCM Hockey.

Navan trails league-leading Ottawa by two points in the standings. This week’s CJHL top 20 list posted on Monday has the Jr. Sens ranked eighth in the country; Navan is #17. No other CCHL teams made the list.